Dali can be easily considered a father of avant garde and art film, and the progenitor of the moving image, as he wasn't bound by a storyline or any plot, but sculpted and painted his performances using the particulars of the time-based medium. His work ranges from abstraction to animation.

Salvador Domingo Felipe Jacinto Dalí i Domènech, Marquis of Dalí de Púbol (/ˈdɑːli, dɑːˈliː/,Catalan: [səlβəˈðo ðəˈli], Spanish: [salβaˈðoɾ ðaˈli]; 11 May 1904 – 23 January 1989) was a Spanish Surrealist painter born in Figueres, Catalonia, Spain. Dalí was a skilled draftsman, best known for the striking and bizarre images in his work. His painterly skills are often attributed to the influence of Renaissance masters.[3][4] His best-known work, The Persistence of Memory, was completed in August, 1931, and is one of the most recognisable Surrealist paintings. Dalí's expansive artistic repertoire included film, sculpture, and photography, at times in collaboration with a range of artists in a variety of media. Dalí was highly imaginative, and also enjoyed indulging in unusual and grandiose behavior. To the dismay of those who held his work in high regard, and to the irritation of his critics, his eccentric manner and attention-grabbing public actions sometimes drew more attention than his artwork. ----------------------------------- https://en.wikipedia.org/wiki/Salvador_Dal%C3%AD 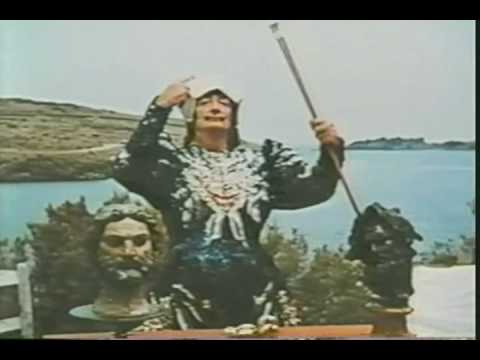